She was the owner, publisher and editor.  All production work was done in her Grove Street home's living room.

In 1982 the family purchased the farm west of New Paltz that became known as Tweefontein to honor her South African origin and the two springs located on the property, including the unfortunate one in the farmhouse’s basement.  Anne always had the greenest thumb and with the purchase of the farm her earlier hobby became a passion. 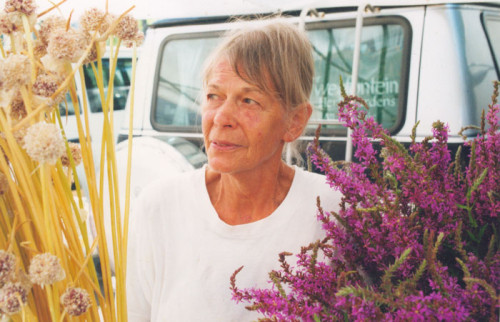 Anne sold her crops to local people, restaurateurs, homeopaths, and in New York City to patrons of the Greenmarket where she was known as a pioneering organic herb farmer and proprietor

Anne’s passion was instrumental in attracting young helpers to the farm.  In exchange for their hard work, she passed on her knowledge and passion.  So many young people were affected by her over the years.

Anne’s life was full of adventure.  She hunted game as a child growing up in Africa.  She never took her family to Disneyland, rather she lead them to sleep in the back of pickup trucks in the salt pans of Botswana, adventures in the Transvaal of South Africa, and excursion to marketplaces on the west coast of Africa.  On one adventure in the 1980s she spent time with the Bushman of the Kalahari, in one of their camps, by herself.  She had spirit.

Anne died in 2003 after a valiant fight with cancer.  Her spirit lives at Tweefontein.